Purchased Rhino from Scott a few months ago and what a great decision it was. Being from Louisiana Scott sent Several videos upon my request. Rhino is by far the best decision I've made on an addition to our family. Highly recommend Scott and Over The Top Retrievers!!

In November 2014, we purchased a 12 month old started black lab from Scott Ward at Over The Top Retrievers in Monticello, MN. We had just lost our 9 year old lab were looking for a dog both for hunting and to fit into our home which includes a small king charles spaniel.  We also wanted to avoid the “hassles” of raising a puppy.  Scott advertized the dog as having plenty of drive in the field but laid back in the house. Well, our dog Cash has delivered on that and a lot more. He came well trained on obedience, e-collar conditioning, force fetch and steadiness. I got him too late for the duck season but he’s done great on pheasants.  I’m continuing to train him on field work and the retriever group I work with were all  impressed on his training when I brought him back. I’m hoping to run him in some hunt tests this spring. He’s also been great in the house. We had no issues with housebreaking. He’s gotten along great with the other dog and my wife loves him!  I wouldn’t hesitate getting a dog from Scott. He’s a great trainer and a straight shooter!
Art Sonneland
Green Bay, WI 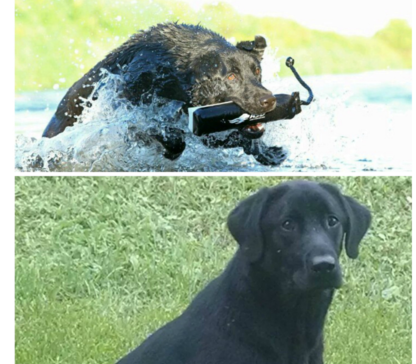